By Rebecca Martin on July 6, 2015 in Career Coaching Advice, networking

Five ways to fail at networking (and how to avoid them!) 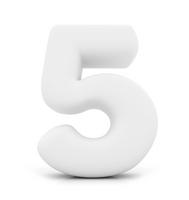 Networking is the most powerful tool you have to advance your career, and becoming aware of what makes good networking will serve you well.

The ability to give and receive information cuts across levels in an organization, and developing your relationship-building skills is so important.

Networking should be ongoing, not just something you do when you are looking for a job, but people often reserve networking for when they most need it instead of making it part of their daily interactions. Learning how to make the most of  networking will benefit your career and the careers of those around you.

You probably have met people who are very good networkers and seem to understand relationship-building, and you’ve probably run across people who struggle with it, too.

Knowing what not to do during a networking meeting is key, so here are five common networking blunders to avoid.

2. Do all the talking. Networking is all about give and take. It’s about sharing information, and both parties can benefit. In order to effectively share and gather information, you have to spend part of the time listening. You want to develop rapport, and you can’t do that when you’re doing all the talking.

3. Fail to ask for what you need. Assuming people can read your mind and know you need leads to disappointment. Again, this is where preparation can be helpful. If you know something about the company and the career area, you’ll be able to ask good questions that fill in the gaps in your knowledge and lead to job opportunities.

4. Focus only on your needs. It’s mind-boggling how many people leave a networking meeting having learned nothing new about the other person. Networking is based on developing relationships, and to do that you need to be interested in the person you’re meeting with.  Make it your goal to learn at least three new things about the person before you leave the meeting.

5. Leave without asking what you can do to help the other person. The power of networking lies in the exchange of information. Don’t minimize the significance of what you can give back. This simple gesture can speak volumes.